Khamenei and Khomeini in the trash: And that’s what their ‘supporters’ think of them…

Although this was posted on Homy Lafayette’s blog over a week ago it is an interesting story and still relevant.

A video filmed on the anniversary of the revolution, February 11, shows numerous official signs and posters bearing photos of Leader Ayatollah Ali Khamenei and Islamic Republic founder Ayatollah Ruhollah Khomeini lying in the garbage thrown on the ground around Azadi Square, Tehran, even before the end of the regime-organized ceremony (video at the end of this piece).

Mahmoud Ahmadinejad can be heard in the background giving his speech which began at around 11:00 and lasted until just after noon.

No one bends down to pick up the pictures and in some cases people can be seen distractedly trampling the likenesses of two key figures of the regime.

The disdainful attitude and lack of revolutionary fervor of the participants in the official march is in sharp contrast to previous years, and in the current context belies the regime’s claims that the presence of large numbers of people in the rally underlines the popularity of the Islamic Republic and its leaders.

Only two months ago, the regime raised a bogus ruckus about a video showing a picture Khamenei and Khomeini which had been set on fire by protesters. As this new film displays, not even the NAJA officers (Niroureh entezamiyeh jomhouriyeh eslami, the Islamic Republic Security Forces) standing nearby care about the discarded pictures.

The regime touted the participants in the rally as its popular foot soldiers. The litter-strewn streets seem to tell another story… 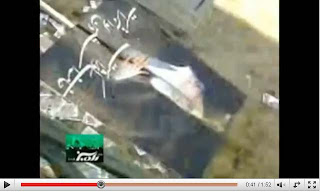 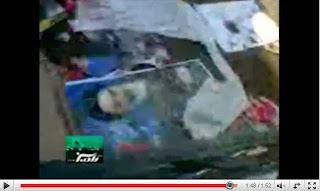 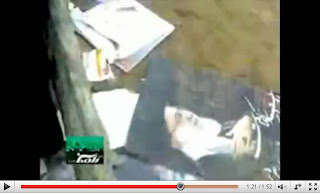 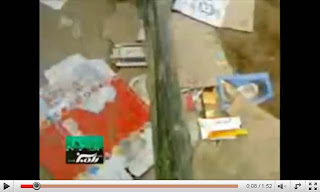 —
The following is the footage posted by Raheh Sabzeh Azadi on YouTube: